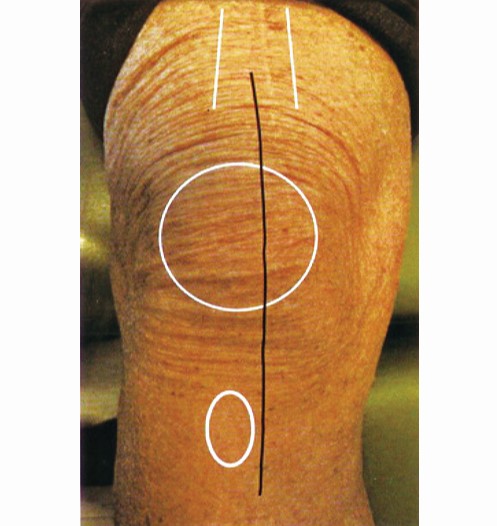 For primary TKA, medial parapatellar approach(Fig. 2) is the most commonly used approach. The three basic anatomical markers of the approach were: the proximal medial margin of the quadriceps femoris tendon, the midpoint of the connection between the superior medial patella and the medial femoral muscle attachment, and the inner margin of the tibial tubercle. 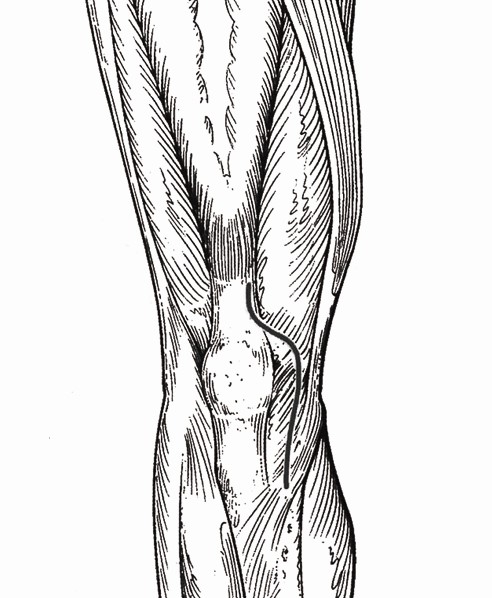 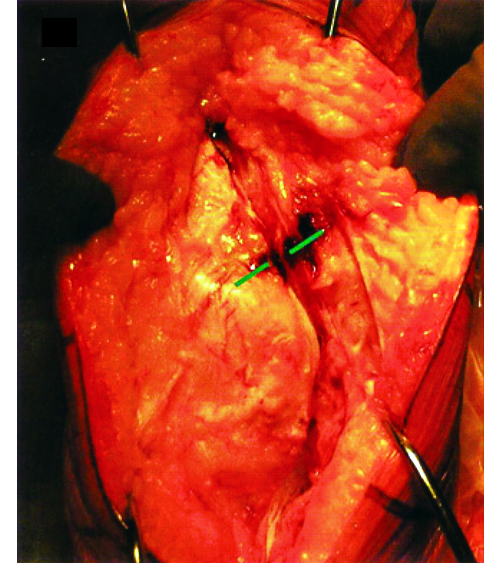