How to Prevent Aseptic Loosening of THA?

According to the British Joint Registration Center, THA revision caused by aseptic loosening accounted for 43.5%, which was the main reason for revision.

How to prevent aseptic loosening?

1. Reduce the generation of wear particles

The friction interface between the femoral head and the acetabular lining in THA is mainly achieved by optimizing materials to achieve low friction. The following figure shows the wear rate caused by the compatibility of different materials. Just provide the low friction interface compatible with international mainstream ceramic heads and high cross-linked polyethylene lining, which is the most effective and safest interface.

-The wear difference between Ce/XPE and Ce/Ce is very small, but the fragmentation probability of Ce/XPE is only 1/25 of Ce/Ce

-Considering low friction requirements and reasonable risk control, 95% of surgeons in the United States choose Ce/XPE interface, and only 5% of doctors choose Ce/Ce 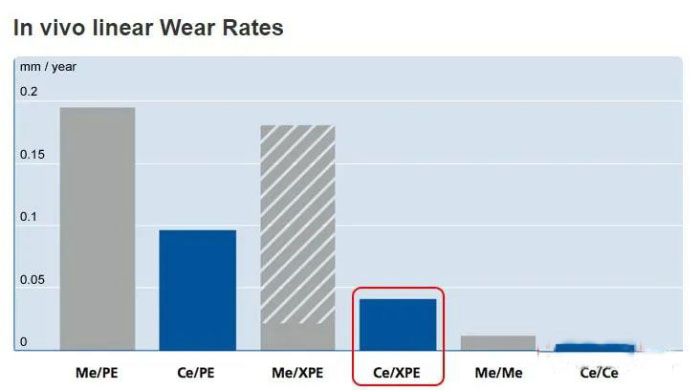 ② Reduce back side wear

The inner surface of the Just acetabular cup is super-mirror polished. At the same time, the cup lining has a triple locking mechanism of "cone connection, concave tooth matching, and ring stop" to minimize the fretting of the cup lining and reduce wear.

Titanium alloy material close to the elastic modulus of the human body was selected. The step-like coating design of proximal fixed non-bone cement femoral stem was adopted. The lateral small incision was made, the fastest inner bone was grown in, and the distal stem was thinned to reduce stress shielding. 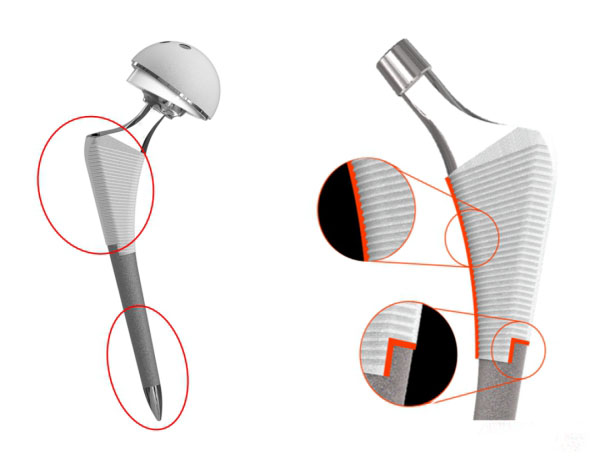 The above information is provided by total knee replacement exporter.