Whether the limbs are the same length after surgery is a question that people pay more attention to after hip replacement.

Everyone already has a more perceptual understanding of the joint prosthesis from various channels, but the word "modular" should not be known by many friends.

The development of prosthesis assembly is mainly reflected in the femoral stem. In the 1970s and 1980s, the one-piece femoral stem was mostly used, and there was no link to disassemble, which meant that the angle and length could not be fine-tuned.

Later, the femoral stalk with head and neck connection emerged, which is also the most widely used design today. Some people call it a single assembly design. Its main advantage is to adjust the length of the limbs by controlling the depth at which the femoral stalk neck is inserted into the ball head. So sometimes it looks like the neck of the prosthesis on both sides is not the same length. 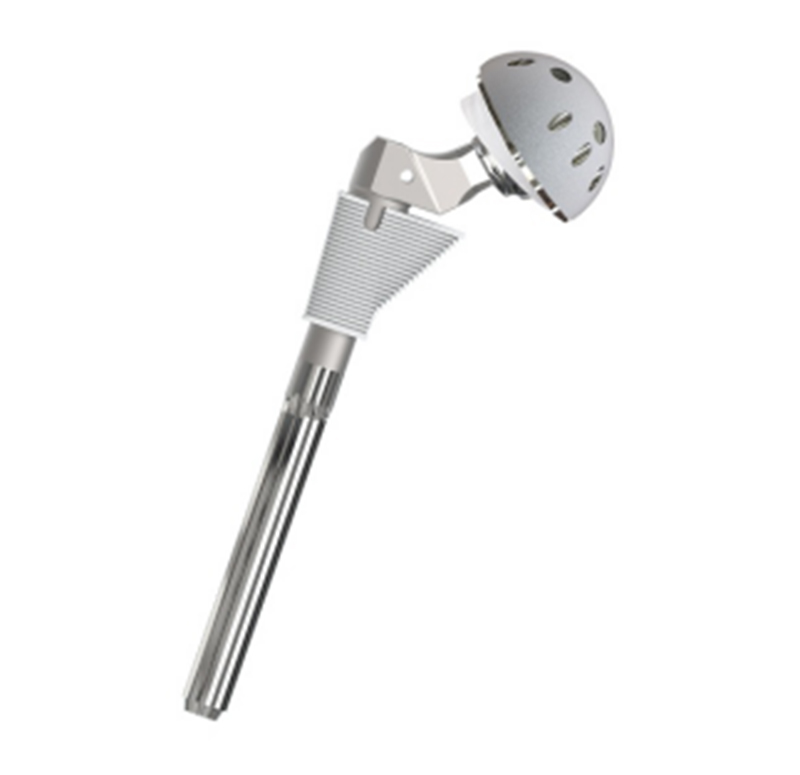 In some cases where the deformity is heavy or there is abnormal development, this single-assembly design cannot reconstruct the hip joint well.

Therefore, the dual-assembly design came into being. In addition to being adjustable at the head-neck junction, it can also be adjusted at the neck-body junction, but studies have shown that the clinical effect of this design is not significantly better than the single-assembly design, and The ability to deal with complex deformities is limited, so it is not widely used.

At present, we are accustomed to referring to the femoral stem with only the head and neck as an integrated femoral stem.

The special prosthesis mentioned in the explanation of the patient's condition is the current assembly prosthesis. Its assembly structure enriches the adjustment of the prosthesis in terms of limb length, angle and muscle tension. Applied to hip joint diseases with complex deformity, abnormal bone torsion, and high dislocation of the femoral head.

On the side of the acetabular cup, the principle of placement is to make as much contact with the bone as possible. In most cases, it will be placed in the same nest as the femoral head.

When the socket is relatively shallow and cannot cover the acetabular cup, especially the dysplastic acetabulum, we will choose to move the acetabular cup up. So the two sides are asymmetric at first glance, giving the impression that the limbs are not equal in length.

But is this really the case? Obviously not, the prosthesis's compatibility is to compensate each other and cancel each other out. It's shorter here, and it will be done if there is some growth there.

The above information is provided by joint prosthesis manufacturer.

Previous: What Do You Know about Artificial Hip Replacements?

Next: Brief Introduction of Hip Replacement 3