Trying a new surgical technique will often experience the risk of long operation time and/or high complication rate during the learning process. DAA HTA also has its learning curve. How to recognize and deal with the risks that may be encountered during the operation?

One of the most common complications in DAA THA is postoperative lateral femoral cutaneous nerve (LFCN) paralysis.

In DAA THA, the most common source of bleeding is the lateral femoral circumflex blood vessels.

Intraoperative attention: These blood vessels are located at the distal end of the exposed area and must be handled before opening the joint capsule. After placing the retractor outside the joint capsule, the fat layer is exposed. Carefully separate this layer. At the distal end of the incision, you can see the vascular network running across the surgical area. Generally speaking, 3 blood vessels will be exposed, but the specific blood vessels and positions vary from person to person. These blood vessels can be ligated, clipped, and electrocoagulation, but it is best to treat them systematically. If these blood vessels still have a lot of bleeding after being clamped, you can look for branches outside. Generally speaking, you can see the ascending vessels that need to be ligated. 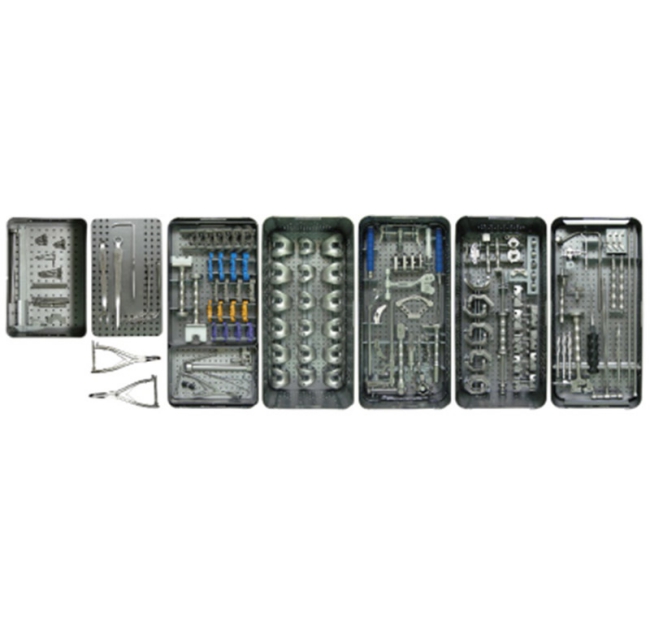 In DAA THA, the most common risk of femoral neck osteotomy is too much residual femoral neck, which makes it difficult to expose the acetabulum.

4. Placement of the acetabular prosthesis

Exposing the femur and preparing the medullary cavity is often the most challenging step in DAA surgery, and it is also crucial to avoid femoral complications. Adequate exposure and release are the most important points to avoid risks.

Excessive anteversion of the femur can cause postoperative instability. During the operation, a suitable mark or reference should be used to determine the anteversion angle.

The incidence of perforation of the medullary cavity and intraoperative proximal femur fracture in DAA THA is 6.5%. Perforation is generally caused by the reaming direction being not deviated to the outside and/or too inward. You can use perspective to avoid this.

Talar femoral fractures are generally associated with biological fixation. If it happens, the prosthesis should be removed, and the cerclage wire should be used to surround the femur for a week and tighten to prevent the prosthesis from sinking again.

During the DAA THA operation, the stability of the hip joint should be checked. The inspection should be carried out to ensure that the prosthesis is in place, there is no bone impact, and the length of both lower limbs is the same.

The above information is provided by the joint prosthesis supplier.

Next: How to Prevent Aseptic Loosening of THA?