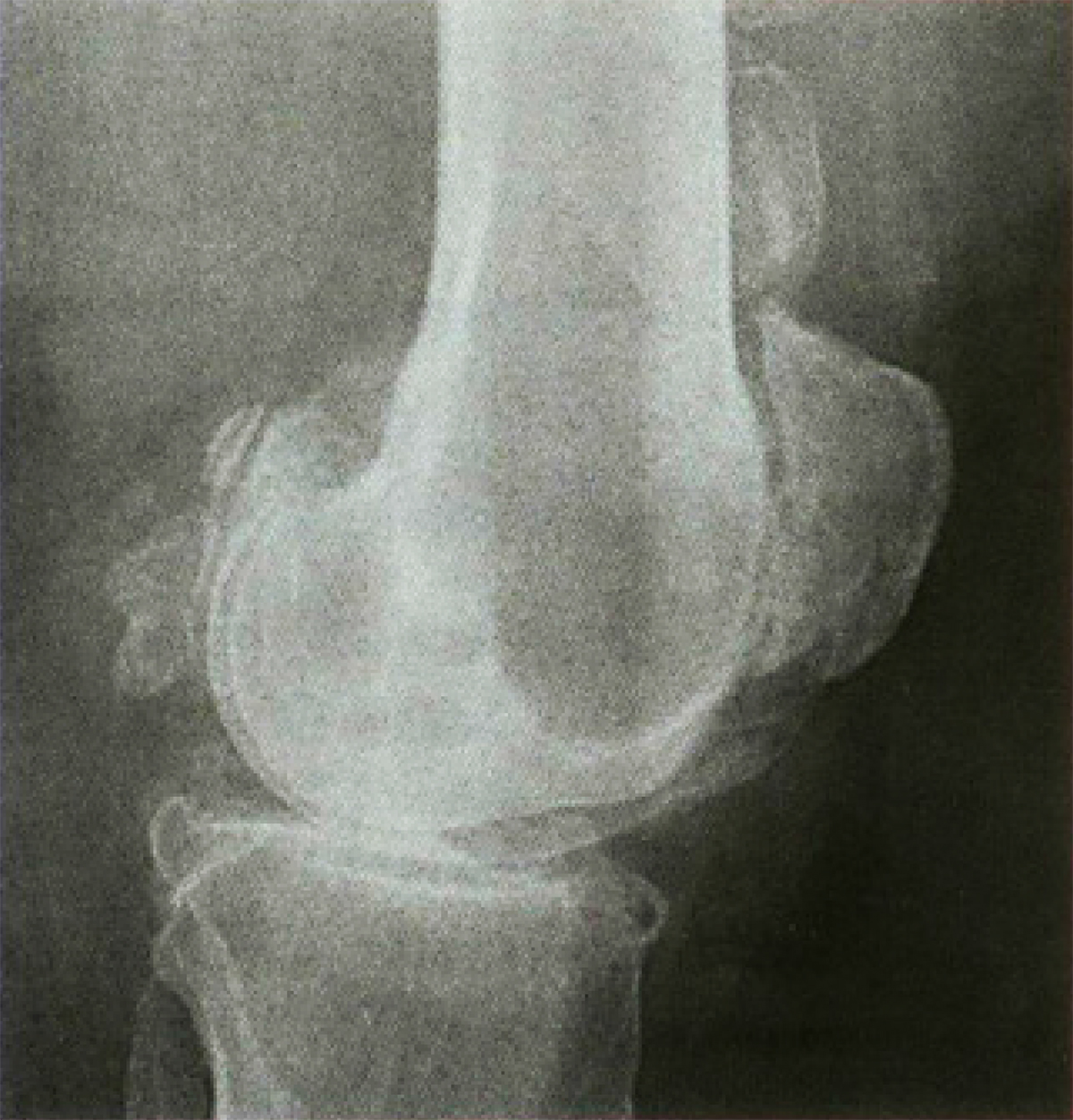 To avoid excessive anterior osteotomy, the initial osteotomy should be more conservative. After osteotomy, the junction of femur anterolateral cortex and proximal trochlear is exposed, then the possibility of notch in anterior femoral cortex can be assessed more accurately.

Then the posterior condylar osteotomy is performed, and the medial collateral ligament is easily injured when the osteotomy is performed medially. Therefore, it is very important to place a retractor medially to protect the medial collateral ligament from damage when the saw blade swings.(Fig. 2),a narrow saw blade or an osteotome would be a better option. 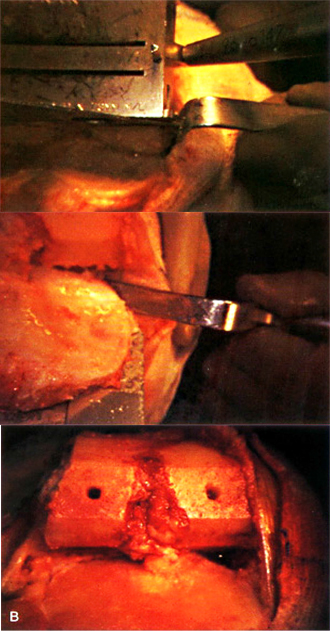 The chamfer osteotomy then is performed.

JUST instrument of 4-in-1 osteotomy 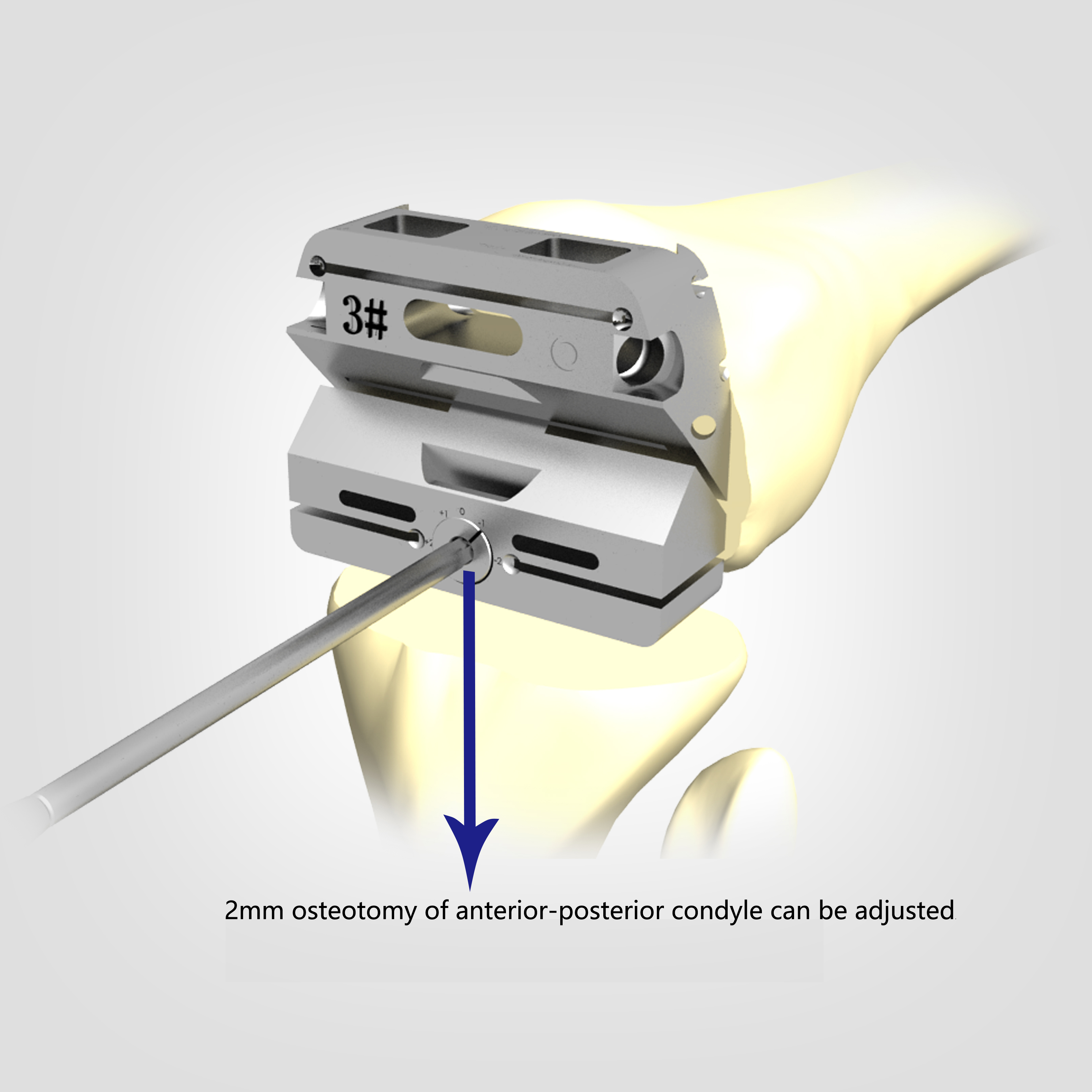 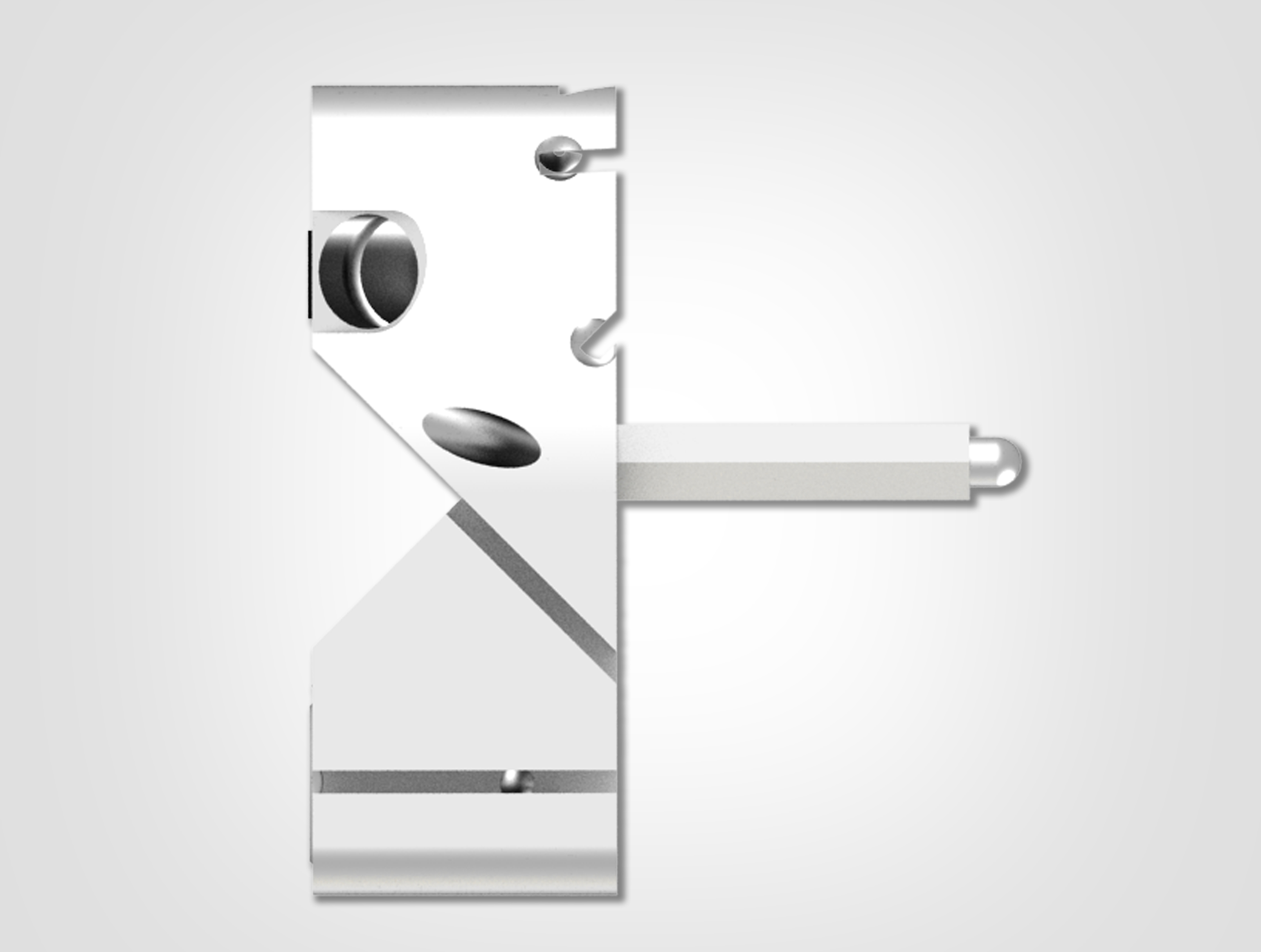