After exposure, the prosthesis-bone interface should be examined on the tibial and femoral components. We prefer to remove the femoral component first because this allows better clearance for the tibial component during its extraction. Even with components that appear grossly loose on radiographs, the interface should be carefully disrupted with a variety of osteotomes before component extraction. It is extremely easy to fracture a femoral condyle in the process of removing the femoral component. When the arthroplasty is cemented, the osteotome should be directed at the prosthesis-cement interface rather than at the cement-bone interface. Cement can be removed more easily from the surface of the bone after component extraction with less risk of further bone loss. A thin flexible osteotome blade often is useful; the flat portion of the blade should be placed against the implant so that the bevel of the blade is forced against the implant and not into the bone. Offset osteotomes are useful to reach the posterior condylar interfaces of the femoral component, as well as the intercondylar interfaces. A Gigli saw can be used on some of the interfaces when exposure is adequate. After all the fixation surfaces have been disrupted, including the posterior condylar surfaces, the component should be removed with an extraction device that uses a slap hammer that delivers only a longitudinal force to the component(Fig. 7-86). Tilting of the component by peripheral blows may result in a fracture of one of the condyles. If the prosthesis does not extract easily, an osteotome should be used again to disrupt the fixation surface. 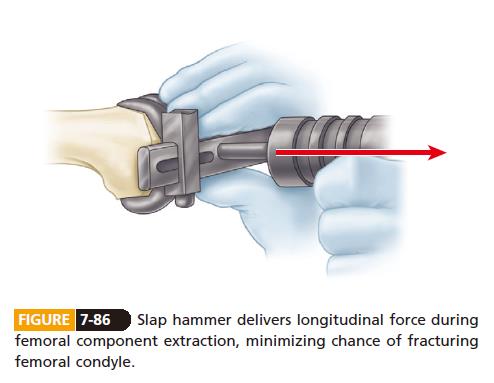 The tibial component is removed in a similar fashion. With all-polyethylene tibial components, the interface can be disrupted with an oscillating saw, cutting through the polyethylene stem and allowing access to its bone-cement interface before extraction (Fig. 7-87A). With metal-backed tibial components, the interface cannot be easily disrupted around a cemented stem or keel. Usually, freeing the under surface of the tibial baseplate allows component extraction without significant bone loss. If a long stem is present and has extensive cement fixation or a porous ingrowth surface, however, access can be gained by performing a long tibial tubercle osteotomy, as previously described. The tibial baseplate also can be cut with a diamond-tipped saw to gain access to this interface. 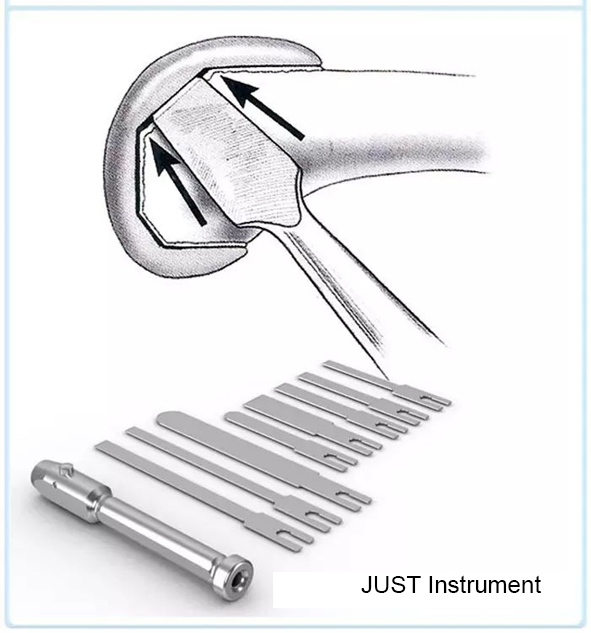 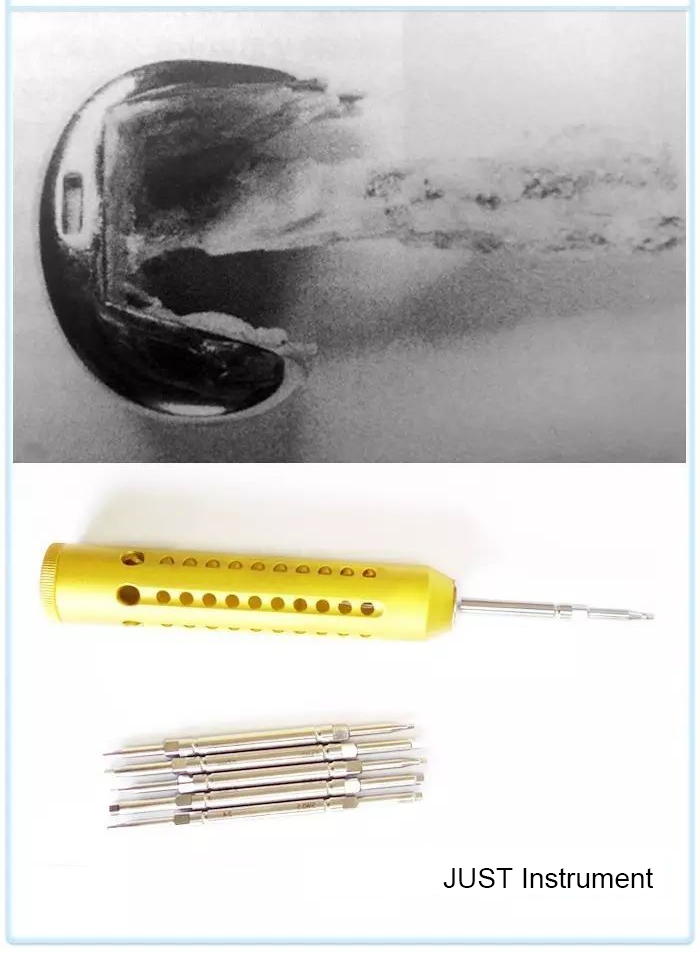 Next: Removal of femoral cement