At present, the artificial joints of the three materials widely used in clinical practice have their own advantages and disadvantages, and the choice of artificial joint materials mainly refers to the choice of friction interface. The wear rate of the friction interface determines the joint usage time. The acetabular cup system hip prosthesis manufacturer and you share the classification of the acetabular cup. 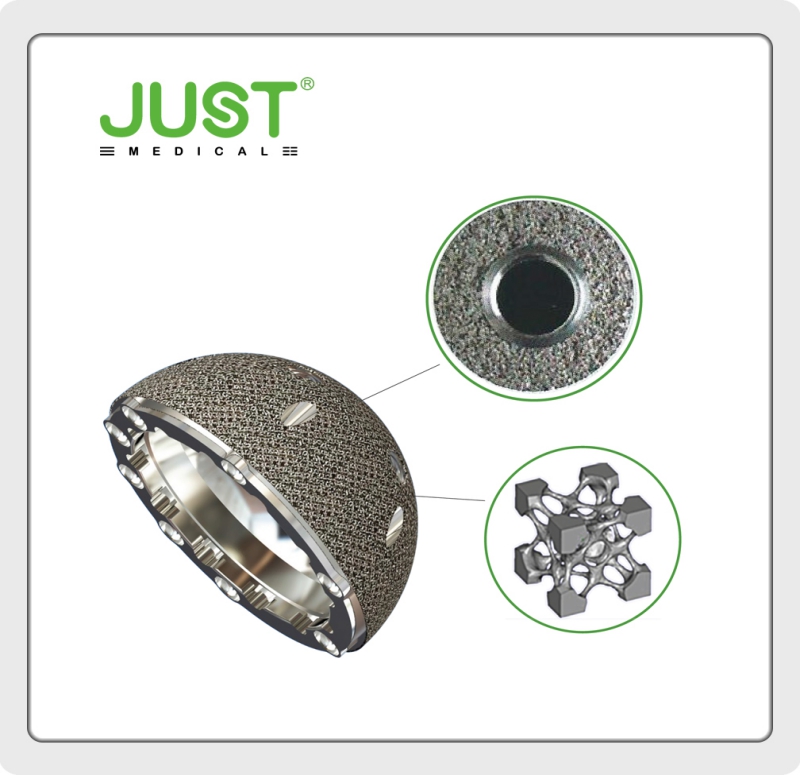 Ceramic head + ceramic cup: the cost will be relatively high. The main advantage of this combination is that it is relatively more durable. In ceramic and ceramic friction, the same load, wear relative to the metal interface is much smaller, and because of wear residual in the joint cavity particles are also very few, basically will not appear the body to wear particles rejection. But ceramics are brittle, and in extreme activity or poor posture, there is little risk of breakage. There are very few patients in the activity that will appear "creak" ceramic friction produced by the abnormal sound.

Metalhead + polyethylene cup: a long history of application, is a more classic combination. Metal on ultra-high molecular polyethylene, generally will not appear in the activity of abnormal sound, there will be no fragmentation and other conditions. However, compared with the ceramic-to-ceramic friction interface, it wears a little more at the same load for the same time. In a very small number of sensitive patients, it will react to the worn debris, causing inflammation around the wear debris, and gradually appear pain around the prosthesis and loosening of the prosthesis.

Metalhead + metal bushing: Metal-to-metal friction interface (cobalt-chromium, sometimes stainless steel) This friction interface has been in use since the 1960s. However, the interface can generate a large amount of metal wear particles, which can be swallowed by macrophages to produce a foreign body reaction, and the metal ions generated by the abrasion may also enter the blood, causing an allergic reaction of the body. In recent years, such interface joints have been deactivated.