What Is the Best Type of Hip Replacement Implant?

Unnecessary orthopedic surgery that had been postponed due to COVID-19 has resumed in many areas. If your hip has been damaged by arthritis, a fracture or other condition, common activities such as walking or getting in and out of a chair may be painful and difficult. Your hips may be stiff and it may be difficult to put on shoes and socks. You may even feel uncomfortable when resting. 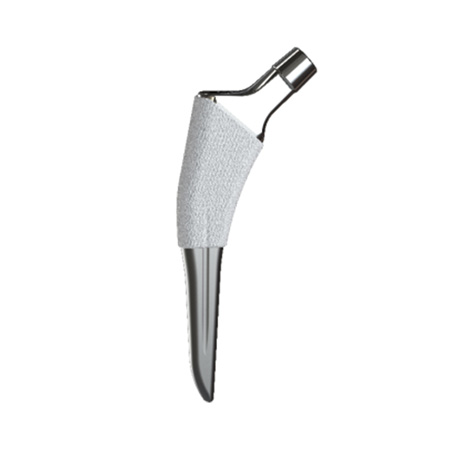 Hip replacement surgery is one of the most successful procedures in all medicine. Since the early 1960s, advances in joint replacement surgical techniques and technology have greatly improved the effectiveness of total hip replacements. According to the Agency for Healthcare Research and Quality, more than 450,000 hip replacements are performed in the United States each year.

The age of the patient

Preferences of the surgeon

Specific deformities/abnormalities of the hip joint

Below is a short description of some of the most commonly used hip replacement implants. Not all implants are an option for all patients.

Prostheses made of metal and plastic are the most commonly used hip replacement implants. The ball and socket of the hip joint are replaced by a metal implant and a plastic spacer is placed between the two. The most commonly used metals include titanium and stainless steel. The plastic is called polyethylene. The implant can be fixed to the bone by one of two methods: it can be press-fit or fixed in place. In the press-fit method, the implant is held tightly in place in the bone and new bone is formed around the implant to hold it in place. After fixing the implant, a special bone cement will be used to hold the prosthesis in place.

New implants are constantly being developed to make these implants last as long as possible. A recent development has been to increase the lifespan of the polyethylene used as a replacement.

Initially, there was concern that metal-to-metal implants would produce wear debris. Metal ions were released into the bloodstream and these could be detected throughout the body. As time passes, the concentration of these metal ions increases. There are no data to suggest that these metal ions cause an increased incidence of cancer or disease, but long-term studies are still needed.

Ceramic hip replacement implants also use metal parts that fit the bone, but the bearing surfaces (ball and socket) can be made of ceramic material. Ceramic hip implants are designed to have the greatest wear resistance of all available hip replacement implants. They wear even less than metal to metal implants. Ceramics are more scratch-resistant and smoother than any other implant material. Older versions of ceramic implants have problems because they are prone to fracture, but newer versions do not have these problems. For this reason, ceramic hip replacements are becoming increasingly popular.

Which is the best?

There is no clear-cut best implant. While new implants are being developed to improve the design, problems sometimes arise that will not be known once a new implant is released. As a result, some surgeons prefer implants with a good, proven track record. Your surgeon should be able to clearly explain why they are recommending a particular implant for you.

Next: How Useful Is Artificial Joint?